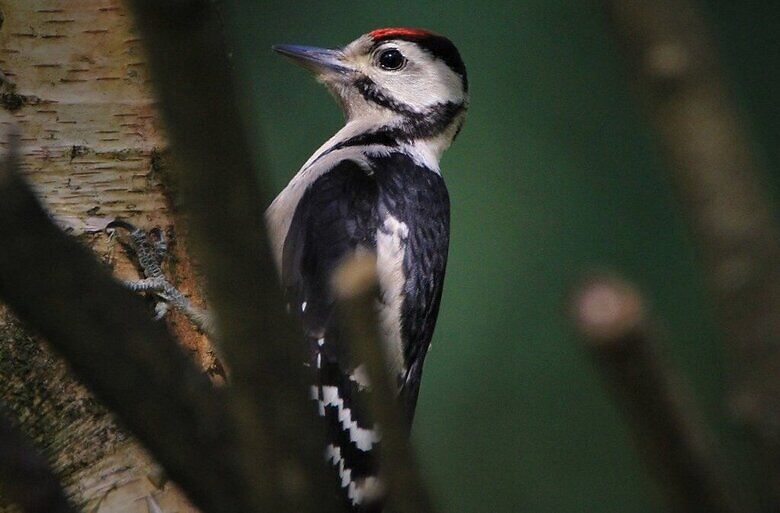 As many wild animals do, woodpeckers typically arrive at an urban property because of its appeal and access to readily available resources like food, water, shelter, and in this case, wood/trees.

Woodpeckers are highly resourceful and intelligent birds so it’s no surprise that they have discovered the ability to reside in urban, domesticated areas.

Due to their drumming, woodpeckers can wreak havoc on your property which can cause a multitude of external problems for the property owner. While these creatures are interesting and intriguing, they can certainly present themselves to be a nuisance to many.

In this article, we’ll be reviewing the biology of woodpeckers, the problems that they can cause, and what you can do to prevent and repel them from your property.

As they are rightfully known, woodpeckers are those species that drum wood. Thanks to their biology, these birds have thick skulls and strong neck musculature that allow them to succeed at their intended ability to peck wood. Interestingly enough, woodpeckers are also equipped with very long tongues that can be extended an impressive distance in order to capture food like bugs and insects.

When woodpeckers are hard at work, their preferred territory to drum is that of dead or rotted trees. However, their keen ability and strength allow them to drum/peck on a wide variety of surfaces, from housing to utility poles and hard healthier trees.

Male and female woodpeckers can be distinctly identified due to the fact the males have a mustache-like lining above their beak, with a red patch on their throat region.

A woodpecker’s diet consists mostly of insects, seeds, and berries, all of which are foraged from the trees and vegetation that they reside and drum.

The majority of problems caused by a woodpecker is in large part due to its instinctual act to drum and drill.

While the damage is typically minimal, it’s enough to cause a nuisance…

With that said, the underlying reasoning behind why woodpeckers drill into homes is because 1) they are attracted to wood, and 2) it acts as their territory. If the issue is left for too long, the woodpecker may acclimate to its new home, making it that much more difficult for the homeowner to rid of the woodpecker.

Additionally, while most of the drilling occurs in the spring and fall months, holes left unattended during the winter months can create extreme weather-inflicted damage to your property. 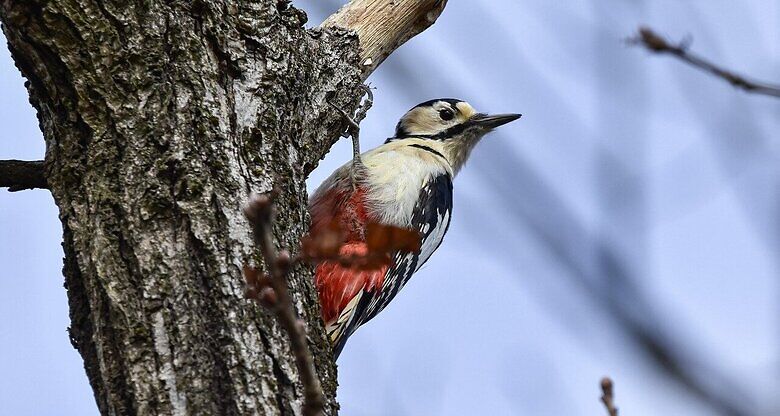 Woodpeckers can be difficult to get rid of. However, below are some tips and tricks on how to prevent and deter them from your property in the first place.

This can be a difficult and expensive option, but as stated above, woodpeckers are attracted to wood. Anything from wood siding to wood coverings and wooden window sill.

By replacing this with protective aluminum or vinyl siding, you create a less attractive environment for a woodpecker to reside.

Additionally, upon the holes being drilled, being proactive and immediate in its covering is very important. By allowing the woodpecker to get too comfortable with its surroundings, you create an even more attractive residence for the bird. Covering it with sheet metal or cloth will suffice, just make sure the bird is out of there first.

With respect to the removal of wildlife such as woodpeckers, you must first abide by all laws and regulations prior to embarking on such an effort. The removal of woodpeckers via trapping or shooting is typically prohibited and illegal in the majority of cases.

It is worth your bottom dollar to contact local wildlife authorities and legal authorities to first understand your rights, and second ensure that you are abiding by all laws and remaining humane to the animal at all costs.

For information on getting rid of woodpeckers, see Getting Rid of Woodpeckers.